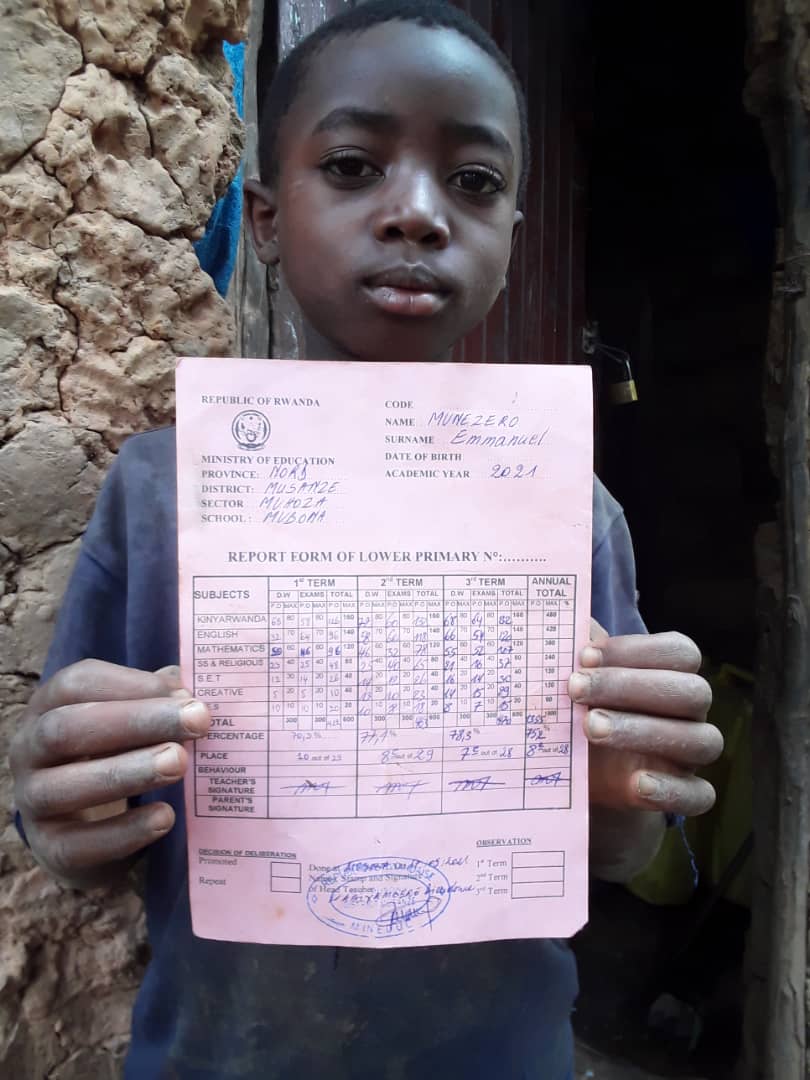 Emmy needs our help to flourish!

Emmanuel is a primary student at Mubona primary school,life has been so hard for him and his parents lately till now,sometimes he sits and cries for their unchanging bad life but he hopes for a change,he lives with his two parents but they are all unemployed,most of the population in his town is very poor and has a strong indigenous cultural identity so they can't help him because they are also starving . Via this campaign he will be able to get school materials, soap, Cosmetics and school fees.

He wants to become a civil engineer. As you can tell at the background of the picture, their house is so old and it isn't that Good! he wants to construct a nice house for his parents after Gathering all knowledge required and be the savior of his family financially and other peoples in need. He promised to do all that he can to pay Einstein back what they will do to him and make them proud, if he gets helped, by becoming a brilliant student

He hasn't achieved something tangible yet in his life, except for making his parents proud and happy by coming up with good marks in class. They believe that Emmanuel, if he gets support financially, he can achieve a lot in life and they were told this even by his class teacher, but they are so sad that they can't afford to provide those for him. Optimistically, he believes in him and what the future holds for him and that he will achieve a lot.

ABOUT
How it works
About us